Judo as an Olympic sport 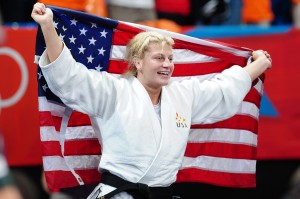 In 1909 Prof. Kano became the first Asian member of the International Olympic Committee and worked for the spread of Judo worldwide. Judo was demonstrated at the Olympic Games of Tokyo in 1964, backed by Judo fans and sport promoters all over the world, and was made an official Olympic sport in 1972. Since then, the art of Judo has reach the far corners of the globe, and whilst in the early days the Olympics saw Japan take virtually every medal, over the years we have seen Dutch, Spanish and Australian gold medalists, amongst others. In January 2009, judo started using a world ranking system to determine qualifying for the Olympics based on points won from the world championship matches and one entry per weight class, per country. The world judo championships have been held annually since 2009. Judo today Today, the International Judo Federation includes representatives from 195 countries and regions, with practitioners from all walks of life donning judo uniforms and stepping onto the mat to forge their minds, bodies, and spirits through the Judo created by Jigoro Kano. From kicksport.com
CONTACT INFORMATION
Sensei Adam Blackburn
USA Stars of SLC Judo Club
2212 South West Temple • unit 45
South Salt Lake, UT 84115
(801) 889-5319
sensei@SaltLakeCityJudo.org