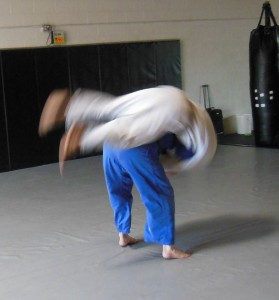 Judo (柔道, meaning "gentle way") is a modern Olympic sport created in Japan in 1882 by Jigoro Kano (嘉納治五郎). Its most prominent feature is its competitive element, where the main objective is to either throw or takedown an opponent to the ground. Strikes and thrusts  by hands and feet as well as weapons are not allowed in judo competition or free practice (randori, 乱取り), except only in pre-arranged forms (kata, 型.) One of the main characteristics that sets judo apart is the practice of using an adversary’s force against him or herself. From different sources.
CONTACT INFORMATION
Sensei Adam Blackburn
USA Stars of SLC Judo Club
2212 South West Temple • unit 45
South Salt Lake, UT 84115
(801) 889-5319
sensei@SaltLakeCityJudo.org