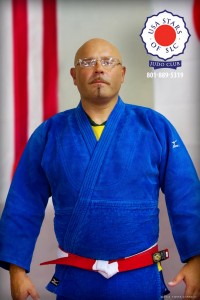 Sensei Adam Blackburn 6th Dan Black Belt USA Judo 801.889.5319 senseiAdam@SaltLakeCityJudo.org Adam has been practicing judo since 1977 when he started learning in Bremerton Wa. @ Kitsap Judo Club under Al and Jan Graden. After competing nationally and winning many junior national and high school titles, in 1985 he is promoted to 1st degree black belt. Two years later, he is recruited to train at the university of Oklahoma with 2x Olympian Pat Burris. Having moved to Salt Lake City, in 2002 he starts his own club under the affiliation of his coach's foundation: USA STARS. He gets his international certification in 2006 to coach Olympic and Paralympic judo. In 2008 he is promoted to 5th degree black belt. In 2016 he is promoted to 6th degree black belt. § 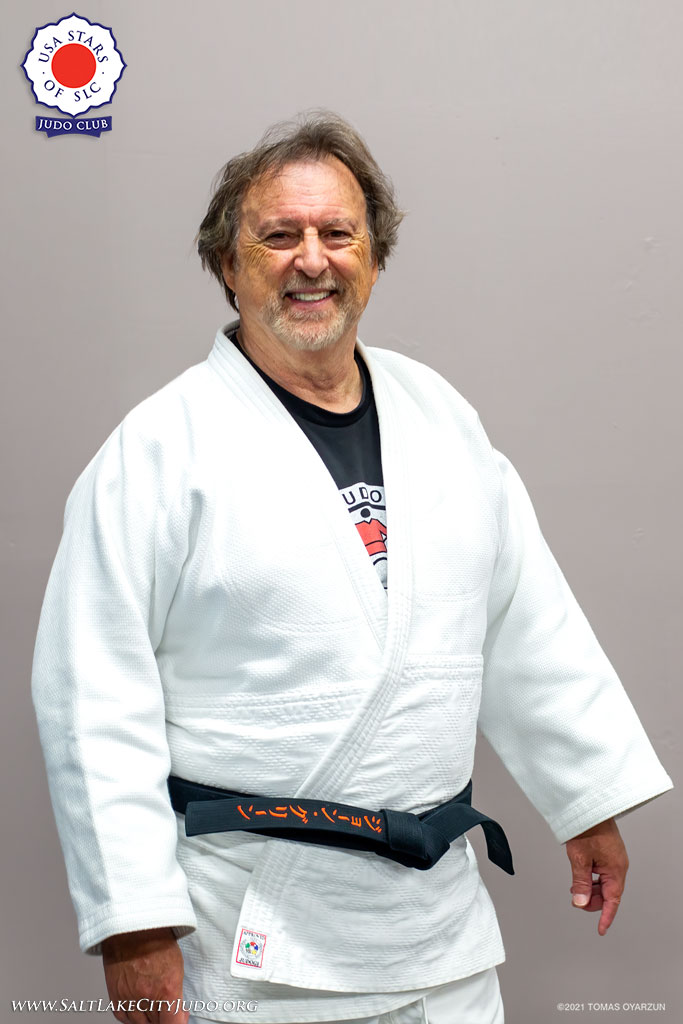 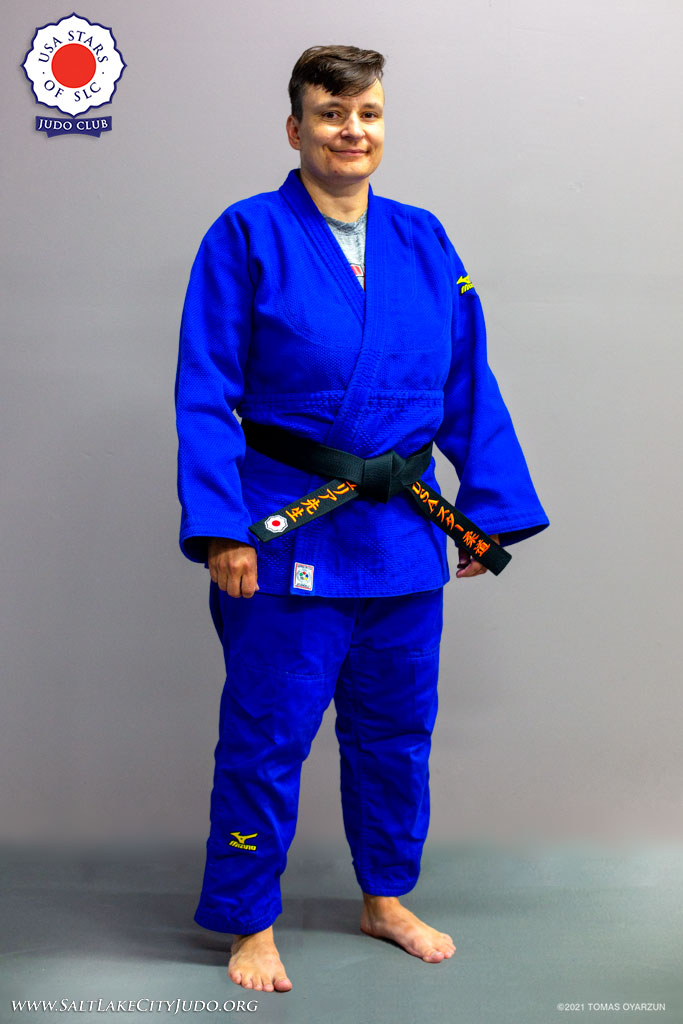 Julia Connelly 1st Dan Black Belt USA Judo Sensei Julia Connelly was born in East Germany and started judo there when she was about 10 years old and continued to actively engage in judo until she was in her mid teens. She then took a break from judo and moved to Utah in the late 1990s where she found Sensei Adam Blackburn's judo program here in Salt Lake City. She earned her Shodan in 2008. After having a son (who is also a judoka) she focused on her family and work for a period of time until rejoining the USA Stars in 2017, as an assistant coach. In her professional life, Sensei Julia is a psychologist specializing in working in individuals with autism. Her non-profit Spectropolis entered a formal partnership with USA Stars of SLC to provide an inclusive environment for individuals with autism to learn the beautiful sport of judo, but also to work on personal and social goals. § 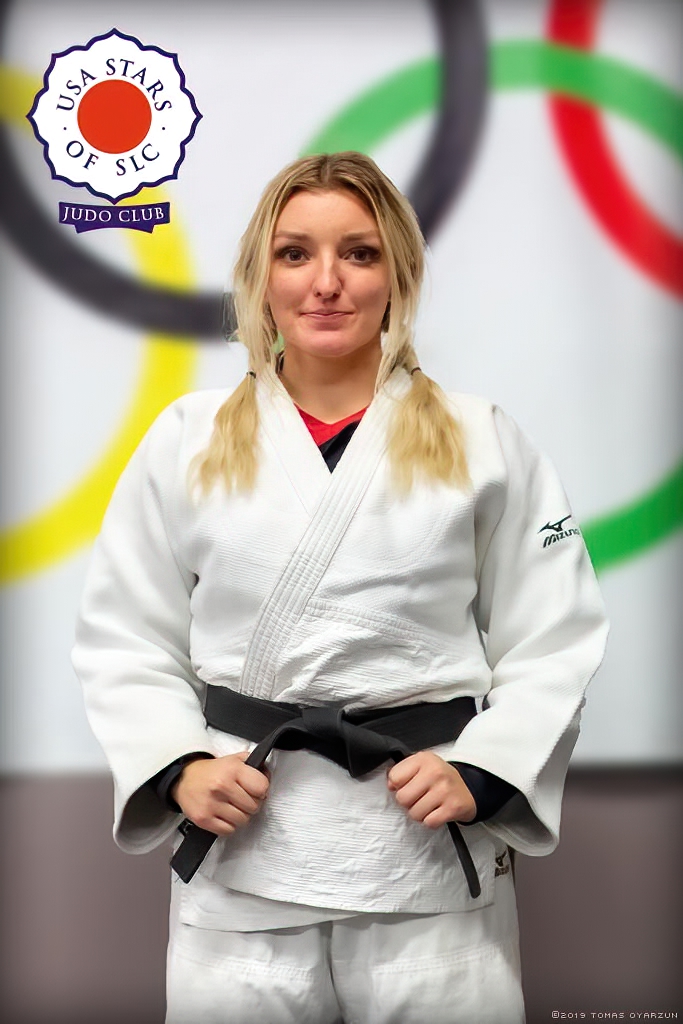 Savannah Stacey 1st Dan Black Belt USA Judo I started Judo in Billings, MT. Under Grand Master Parks, at eleven years old. A few years later, I moved to Salt Lake City, UT. where I began to train under Sensei Adam. I became a Nationally Ranked player, travelled across the country, and fully embraced my love for Judo. Later on, after High School, I moved to Colorado Springs, CO. in 2013 to train at the Olympic Training Center under Olympian Ed Liddie. I’ve competed Nationally and Internationally. Now I’m starting my coaching career off regionally. Dream Big. § 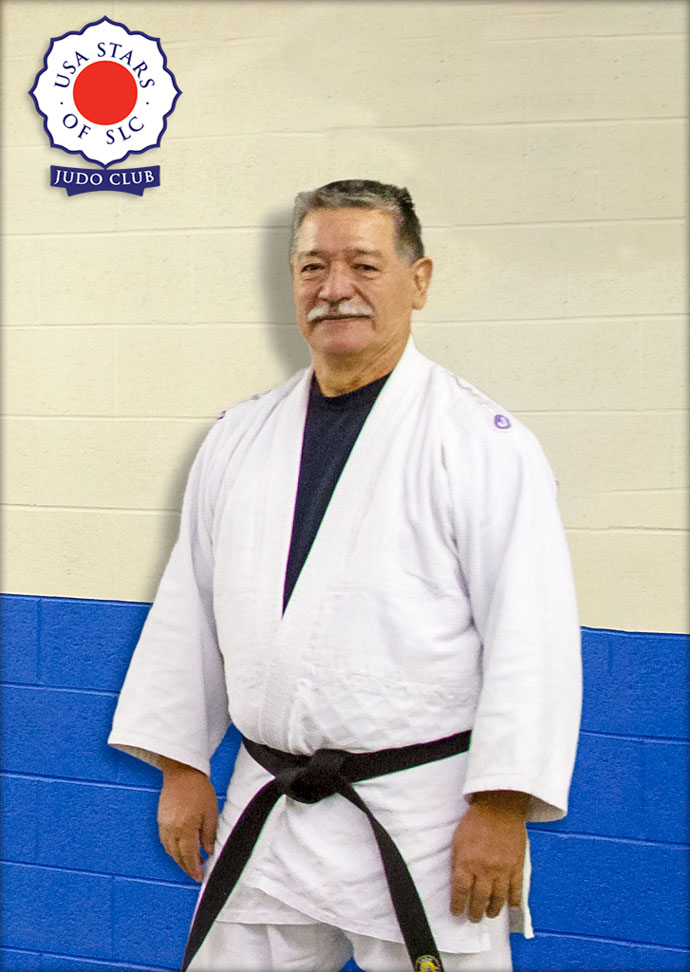 Tomás Oyarzún 1st Dan Black Belt USA Judo Tomás started practicing judo in high school in his birth country, Chile. After the 1973 coup all martial art clubs were shut down and banned. A few years later, he emigrated to the USA and in time settled down in Utah. Several years ago, he enrolled his kids at USA Stars of SLC and took them to practice and sat there during their class. Mainly due to the insistence of sensei Adam he got suited up and started practicing again — after 40 years! — primarily as a way of exercising and attempting to get rid of the extra pounds. 🙂 On February 2017, he was promoted to 1st degree black belt. Mainly due to the kind encouragement from sensei Adam and sensei John Green. Tomás uses his judo knowledge and his experience as a former educator to assist at the dojo. And he has taken also the role of the club's website and facebook webmaster. §
CONTACT INFORMATION
Sensei Adam Blackburn
USA Stars of SLC Judo Club
2212 South West Temple • unit 45
South Salt Lake, UT 84115
(801) 889-5319
sensei@SaltLakeCityJudo.org